The Oceans & the Stars

“Human lives are intimately entwined with plankton. Every breath we take is a gift of oxygen from the plankton. In fact photosynthetic bacteria and protists produce as much oxygen as all the forests and terrestrial plants combined. And for the last three billion years, phytoplankton have absorbed huge amounts of carbon dioxide. Plankton regulate the productivity and acidity of the ocean through the carbon cycle, and exert a major influence on climate.” — from Plankton: Wonders of the Drifting World

Fundamental to life on Earth, plankton are also eerily beautiful, and represent a virtually unknown cosmos in our midst. Christian Sardet’s Plankton: Wonders of the Drifting World is the most visually exciting book we have come across in a very long time. Go slowly, page by page, and a pure sense of wonder will fill you to the brim. Much like gazing at the stars — or viewing the astounding images from the Hubble Space Telescope. In the interest of both science and poetry, Plankton needs to be on the same Land Library shelf with the recent The Hubble Cosmos: 25 Years of New Vistas in Space! 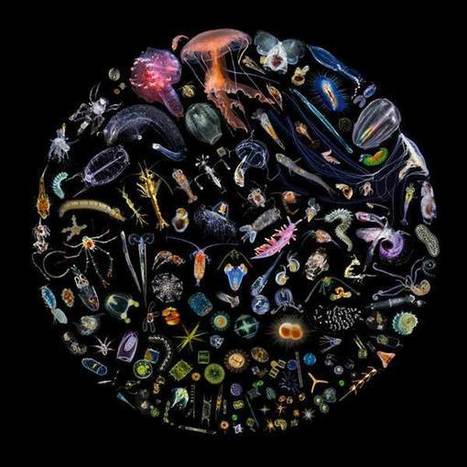 Plankton Mandala: This image from Christian Sardet’s book depicts more than 200 different kinds of plankton. In the upper part of the mandala are the largest creatures of zooplankton: jellyfish, siphonophores, ctenophores, salps. In the center are a mix of chaetognaths, annelids, mollusks, and crustaceans. Also included are larvae and juveniles. The lower part of the image shows microscopic organisms (measuring less than 1mm), mostly single-cell protists: radiolarians, foraminifera, diatoms, and dinoflagellates.

Just one of thousands of images from the Hubble Space Telescope: Supernova Remnant: SNR 0519. 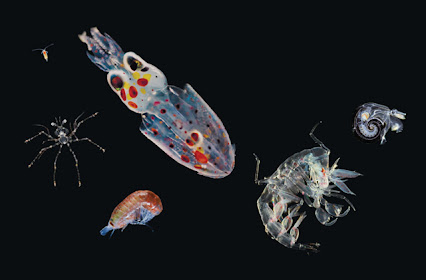 From the chapter, Worms and Tadpoles: Arrows, Tubes and Nets.

John Steinbeck had this to say about tide pools. He could have been talking about the wide open ocean as well:

For more on the Plankton Chronicles Project visit their photo-filled website, or view many short film clips on Christian Sardet’s YouTube channel!